Thank You Michael Yun. You Went Above and Beyond for Jersey City 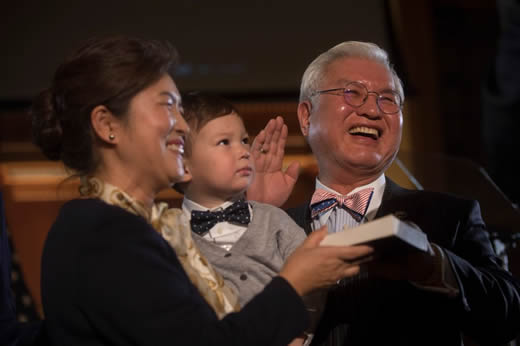 On April 6, 2020, Jersey City Councilman (Ward D) Michael Yun lost his battle with COVID-19. He died of complications from the coronavirus.

“We are beyond saddened by the passing of Councilman Michael Yun. He was a family man, a great businessman, and a tireless advocate for Jersey City throughout his nearly 4 decades of public service. More than that though, he was a great husband, father, and grandfather as he never missed a chance to share how proud he was of his family. This is devastating for all of us here, as Michael was part of our Jersey City family. We will miss him and we will continue to aggressively fight against this pandemic, now in his honor.” – Mayor Steven Fulop

Michael Yun was a founding member of the Central Avenue SID, Jersey City’s first Improvement District. He was the heart and soul of Central Avenue, The Heights main street community, for nearly 40 years. He was a true community leader, tireless advocate for Jersey City, a mentor to many, and dear friend to all of us. He epitomized the American Dream. He turned his thirst for knowledge, incredible business acumen, and compassion for people into wisdom he used to uplift Jersey City. He went above and beyond for this friends and neighbors and was a model public servant. We thank Michael for giving Jersey City his all and inspiring us to do better. The Heights was proud to call him our Councilman. He may be gone, but never will be forgotten. We send our sincere condolences, thoughts, prayers, and love to the Yun family during this difficult time. This is a terrible loss felt by all.

The Yun family express their appreciation for the outpour of support. They asks that in lieu of flowers, please donate to a cause that Michael has always deeply cared for, the Jersey City Reservoir Preservation Alliance. To donate, please go directly to www.jcreservoir.com/donate. After restrictions on gatherings have been lifted, the family plans to have a memorial to celebrate and honor the life of Michael Yun.

There were many kinds words said about Michael the week he passed including those by Governor Murphy, Jersey City Mayor Steven Fulop, and a parade of others meant to console those mourning the loss. We thank them for their sympathy and efforts to comfort our community in our time of need.