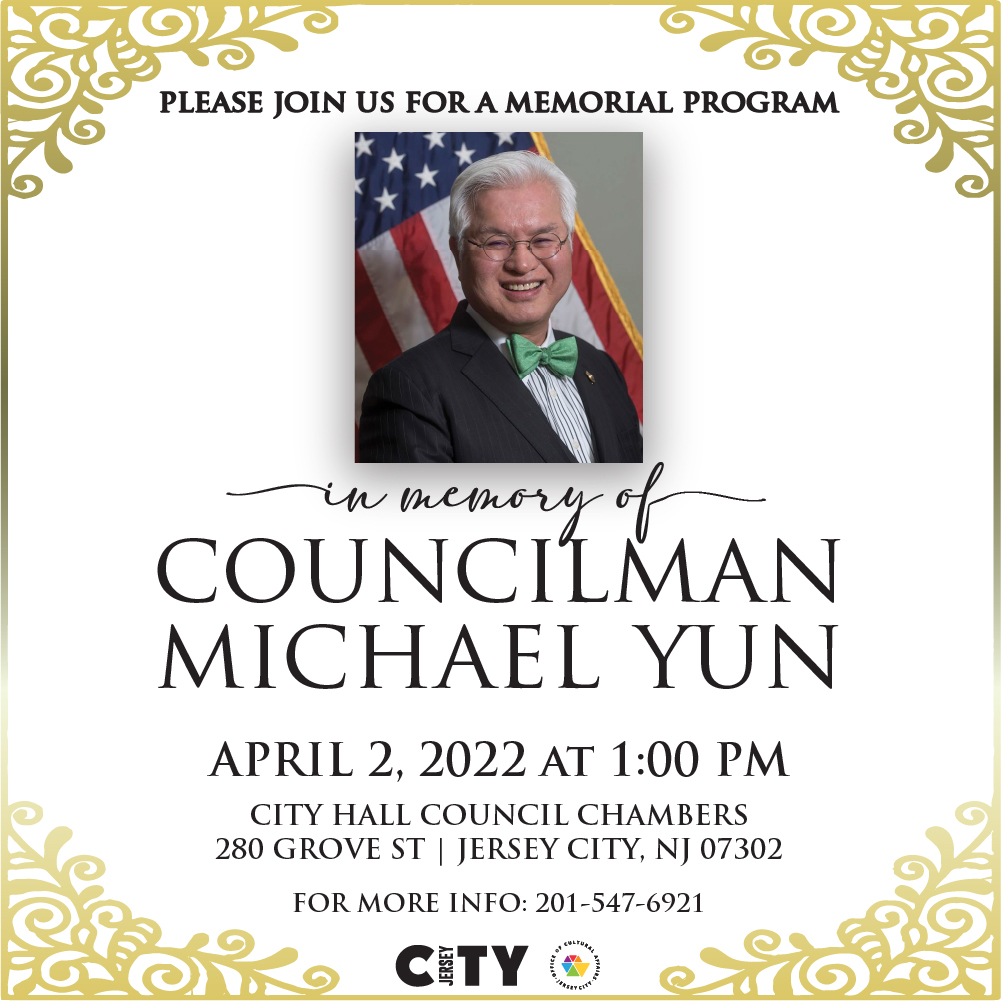 The Central Avenue SID invites you to the upcoming memorial event in honor of the late Michael Yun. The event is hosted by the City of Jersey City in partnership with the Yun Family.

Michael was a beloved member of our neighborhood and business community. As a founding member of the SID program, he was the heart and soul of the Heights main street community for over 30 years. He worked tirelessly as a business leader, community advocate, and later the Councilman for our ward. He embodied the best of Central Avenue and, like many of you, worked to achieve the American Dream here in Jersey City.

There is a list of speakers including Mayor Steven Fulop, Former Mayor Bret Schundler, County Executive Tom DeGise, and many others. Central Avenue SID President Sanford Fishman is also set to speak on behalf of our business community.

April 6th will mark the two-year anniversary of Michael’s passing. As you may recall, Michael was taken by COVID at the height of the pandemic, and limitations on social gathering prohibited traditional funeral arrangements at the time. This event allows members of the community to come together to honor his memory, share his stories and the impact he had on Jersey City.